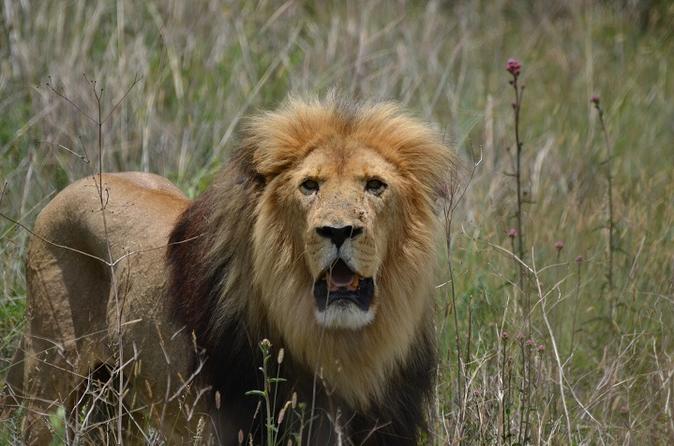 An Open Game Drive Safari in the closest Big 5 Game Reserve from Johannesburg.

On this incredible day tour, you will embark on a open 4x4 safari in the private game reserve, Dinokeng. Dinokeng is the closest big 5 game reserve from Johannesburg just a short 1 and a half hour drive. The open safari game drive is 3 hours long and offers up close and personal game viewing with off road traversing right permitted in the reserve.

The Pick up is from any Johannesburg or Pretoria hotel/residential address. Your professional driver will collect you from your hotel and head in the Dinokeng game reserve. The Dinokeng Game Reserve is the first free-roaming Big 5 game reserve in Gauteng – and probably in the world – next to an urbanized area. It is a private/public initiative for which planning and development started in the early 2000’s. It was officially opened on 22 September 2011 after the introduction of four of the Big 5. The last of the Big 5, the buffalo, were introduced in late 2012 and they have settled in well.

The tour is around 6 hours total and includes return transfer from Johannesburg, Open Safari Game drive in a big 5 reserve. English speaking guide.

An Open Game Drive Safari in the closest Big 5 Game Reserve from Johannesburg.

Our system is experiencing some issues at this time. Please try again later.